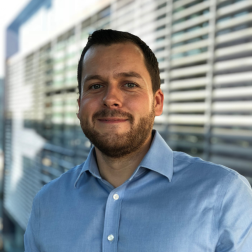 Stephen currently works as the Head of Sanctions for NatWest Group. Previously, Stephen worked in Copenhagen for Nordea Bank as Head of the Sanctions Response Unit, which was responsible for sanctions risk management across the organisation, leading teams across the Nordic and Baltics regions. Prior to this Stephen worked for GlaxoSmithKline (GSK) and led the sanctions workstream for their trade compliance project which delivered an enhanced sanctions compliance programme for the organisation. Stephen was also previously Head of Sanctions at Williams and Glyn Bank and started his Financial Crime career with the Royal Bank of Scotland, where he was a manager in their Sanctions Advisory function. Stephen has predominately spent his career in Financial Crime change environments, building teams and implementing best practice governance, processes and controls.

Holding two Masters, one in Finance and Business Law, the second (more recent) in Financial Crime and Financial Investigations. Stephen also has an ICA AML Diploma and also holds his ACAMS. In addition, Stephen supports the ICA as an examiner.