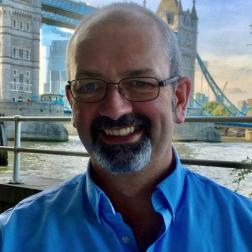 Steve is an accomplished public and academic speaker; he is a regular speaker for International Compliance Association (ICA), Anit-Money Laundering Professionals (AMLP)and the Cambridge International Symposium on Economic Crime(CISEC); he has also spoken at the House of Commons on the use of technology in combating fraud and economic crime. In 2022 he was voted Best Chief Compliance Officer atthe Compliance Register Platinum Awards, having previously been voted Best Head of Financial Crime Compliancein the 2017 Awards.Currently Chief Compliance Officer for Elements Digital, a pioneering Fintech bridging Tradfi andDefi on a global platform. Previously theGlobal Anti-Money Laundering Officer/Head of Financial Crime Compliance forSotheby’s, the worlds leading auction house. Prior to that he wasHead of Financial Crime Operations and Nominated Officer forDeutsche Bank Operations International having joined in2016 from Barclays where he was Head of Anti-Bribery & Corruption for Barclaycard (global). Steve is a highly qualified individual;his Doctorate is in economic crime with a focus on fraud and strategic leadership. In 2014 with the College of Policing he published the ‘Authorised Professional Practice for Fraud’(APP) and is attributed as having designed the blueprint for Action Fraud (National Fraud Reporting Centre). Steve’s contributions have influenced standards and practices globally in the prevention, detection and investigation of economic crime and fraud.Hehas worked globally with many central, regional & global banks, regulators, national FIU’s, anti-corruption bodies and public private partnerships assisting them in building & enhancing their capability to combat economic crimelocally and globally. His passion is in establishing Centres of Excellence and setting industry standards.